Start with the remnants of a World War II Army air base on the edge of Halls. Add a Tennessee 1986 Homecoming initiative and an abundance of memorabilia. Stir in hours and hours of volunteer work. 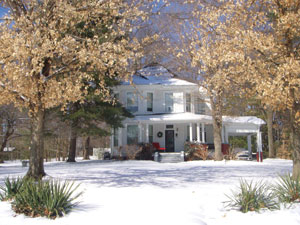 The result is today’s Veterans’ Museum on the site of the former Dyersburg Army Air Base, a World War II training facility from 1942-1945. Home of the 346th Bomb Group, it was the last, largest, inland stateside training base east of the Mississippi for the B-17 crews before going overseas.

Thirty years ago, in spring 1992, high school teacher Pat Higdon and accountant Martha
Crites cofounded the Dyersburg Army Air Base Memorial Association with the purpose of restoring and preserving portions of the air base and promoting it as an integral part of U.S. history.

The effort took root during Tennessee Homecoming ’86 when towns across the state celebrated their history. Higdon, who was the Homecoming ’86 coordinator for Halls, focused on a reunion of air base veterans—the first since the base closed in 1945.

Afterward, Higdon said, “air base veterans from all over the nation started sending me memorabilia of their base experience. I would put some of the artifacts in the trunk of the
car and show them during speaking engagements at book clubs, historical meetings, and Rotary and Exchange clubs within a 100-mile radius of Halls.”

Higdon and her husband, Sonny, turned the second floor of their 1898 two-story home into a museum. During the war, two soldiers and their wives lived on the second floor. Two base guard houses were still on the property when the Higdons bought the house in 1975. 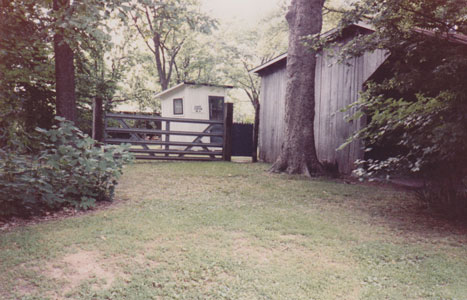 In 1992, Higdon and Crites cofounded the association. Higdon was president, Crites was treasurer and Roger Charest was vice president.

The memorabilia kept coming in, she said. “Finally, with my car full, my house full, my schoolroom full and my husband’s garage full, we moved some of the memorabilia to the 600-square-foot airport office that had been the office for Huey Brothers Lumber Co.”

The museum and office were in her home until 1997 when the museum opened on the air base. Donations, volunteer work and some grant money funded the effort. It was open on Saturdays and Sundays; the admission fee was a donation.

Since then, the museum has grown several times; its budget has gone from $2,000 to $100,000 a year. It honors veterans of all wars. It has hosted many events, including vintage air shows, Rosie the Riveter celebrations, car shows, luncheons and special events.

The next step, said Higdon, is to build Stars and Stripes Village, a venue geared toward patriotism. The master plan is finished, she said. At 81, Higdon hopes another volunteer will step forward.

Her list of people and organizations to thank is long, including the museum boards and docents; the Vox Prop Auxiliary and Reserve; Halls High School students and faculty; and the many people who volunteered, gave money and sent memorabilia.

The museum continues to grow, Higdon said. “The memorabilia keeps coming in.”